History of the Texas Raiders B-17

B-17G Flying Fortress Texas Raiders was one of the most recognized and popular warbirds that ever flew. The United States built 12,731 B-17s and today only five are actively flying. The B-17 was purchased by the Confederate Air Force on September 22, 1967 from AeroServe. On September 22, 1967, the sale contract for N7227C was completed for a total of $50,000.

Texas Raiders was the first Flying Fortress acquired solely for the purpose of restoration and use as a flying museum. The aircraft has been restored to wartime configuration by an entirely volunteer group of dedicated supporters, and has been on her mission to Educate, Inspire, and Honor our veterans for the Commemorative Air Force for over 50 years. 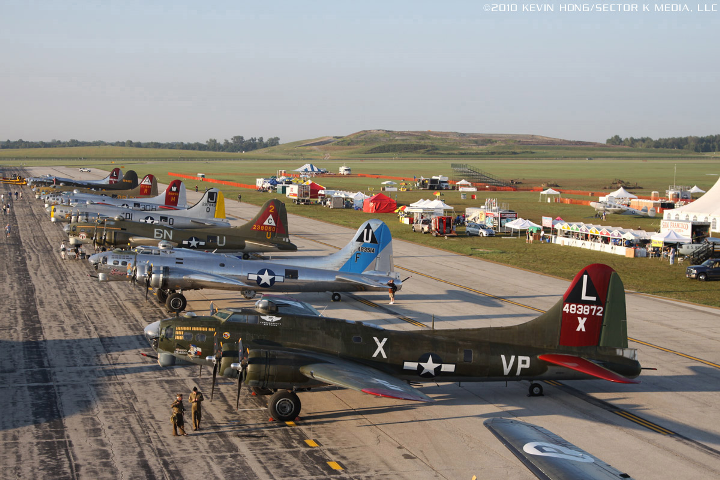 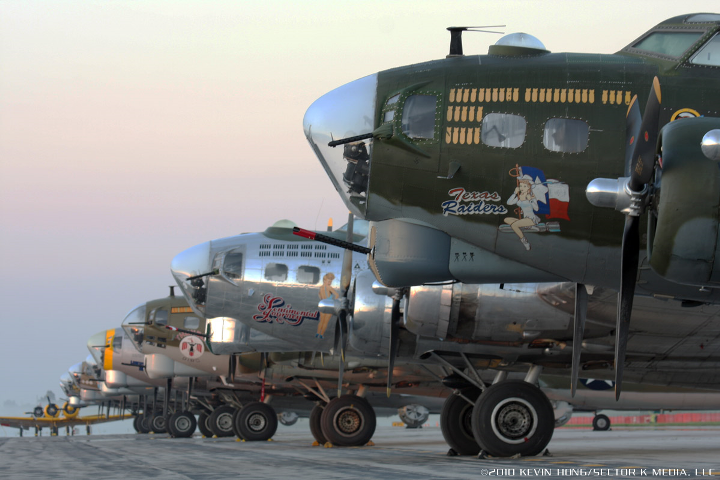 Of all the B-17’s ever built, Texas Raiders was credited with the 5th most military time, is the 3rd youngest still in existence, and has served as a Living History museum longer than any other B-17 in the world. As of 2022, Texas Raiders had flown in support of the CAF’s Mission of Honor, Inspiration, and Education for 55 of her 78 years and continued to do so. until the untimely mid-air collision on November 6, 2022 in Dallas, TX at the Wings Over Dallas Airshow.. 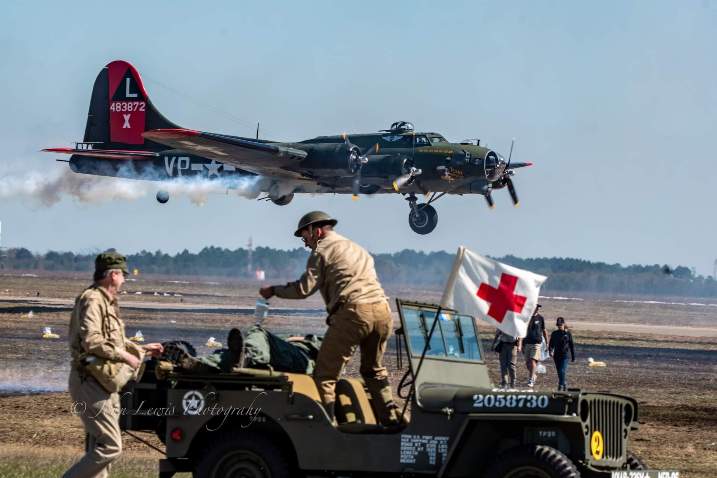 My first encounter with the B-17 Flying Fortress Texas Raiders was at a June 25, 1972 CAF airshow in Galveston, Texas. The airshow was the first show in which the Tora Tora Tora aerial ballet of the reenactment of the Japanese attack on Pearl Harbor on December 7, 1941 was performed. 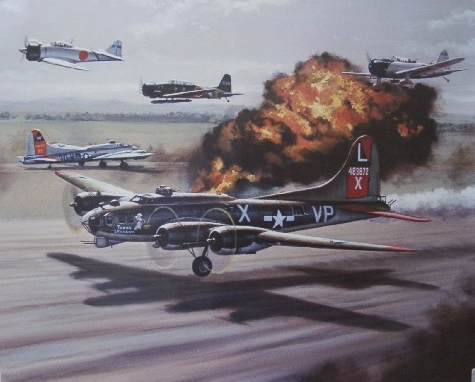 Eddie Burke is credited with coming up with the name “Texas Raiders” for the CAF “Flying Fortress” in 1973. In 1974, after years of the B-17 being assigned to Headquarters but spending most of her time with Gulf Coast Wing crews. The aircraft was officially assigned to the Gulf Coast Wing, joining the Tora aircraft. In those early days, Texas Raiders (TR) spent the airshow season at the Galveston airport just ½ mile from the beach and unprotected from the salt air. October-April generally saw the B-17 returned to a hangar at CAF HQ in Harlingen for heavy maintenance.

It is important to note that until about 1978, the focus of the Gulf Coast Wing was solidly on the Tora airplanes. B-17 Texas Raiders was just a sidelight until after she was repainted in 381st Bomb Group colors and had mockup top turret and ball turret shells installed, giving her a much more authentic B-17 appearance. These changes put Texas Raiders on the map, but TR would have to wait until 1983-86 before receiving her major restoration to become a fully outfitted B-17G again. 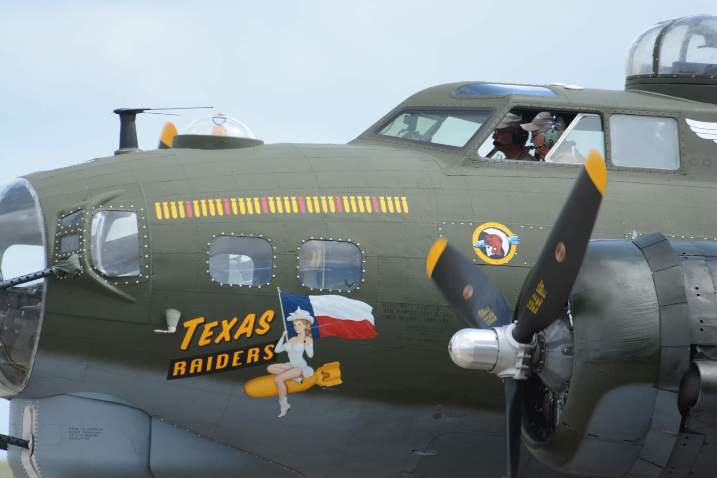 In 1982, my wife Morgan gave me membership in the Confederate Air Force as a Christmas gift. Little did I know, the airplane had just been removed from flying status to undergo a major restoration at Hobby airport in Houston. Before the CAF acquired the bomber the B-17 it had been “gutted” by AeroServe of Pennsylvania to serve as a platform for geophysical, magnetic-field measurements and photographic mapping. A large six foot by six-foot cargo door had been cut into the left side of the airplane. The area from the cockpit to the tail section was used for cargo and a variety of scientific instrumentations. 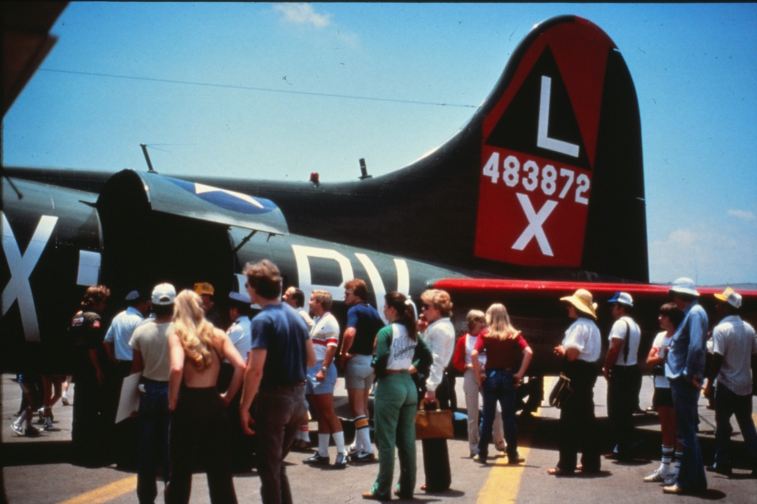 When the Confederate Air Force acquired the “bomber” in 1967 the organization continued to fly the airplane with the exterior painted in a variety of colors and different nose art. The Gulf Coast Wing of the CAF decided to restore the bomber to its wartime configuration at Hobby Airport in the 1983-86 period. The work was done outdoors and the band of volunteers pushed on for three years before the aircraft was flight-worthy. 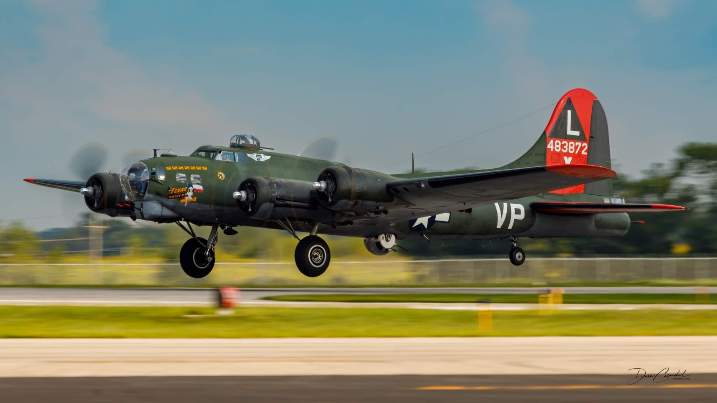 My Family Memories of the Texas Raiders
B-17 Flying Fortress

My first job working as a volunteer on Raiders was to cut the master wiring harness out of the airplane. Using a pair of wire snips and scissors. Cutting the wires was difficult because they were laid-out throughout the interior, wings and tail of the aircraft. The wires were bundled together with silk threads. The re-wiring of the aircraft would be done by professionals and I moved on to corrosion and paint removal prior to the repainting the aircraft in the colors of the 381st Bomb Croup from Ridgewell, UK. Morgan assisted me with some of the work but she worked mainly on painting the items like the 500 pound replica bombs and their graffiti. 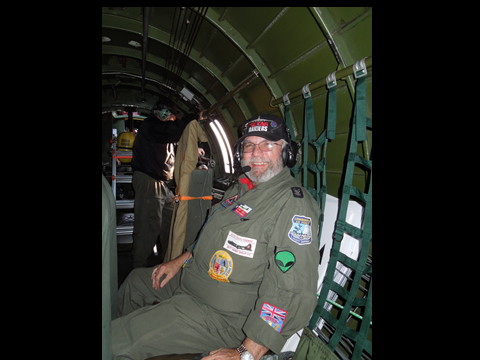 During the time I was associated with Texas Raiders and B-17’s I have completed 122 missions in Texas Raiders. I also have missions in the CAF’s Sentimental Journey B-17, Sally-B in the UK, Aluminum Overcast B-17 of the EAA, and 909 from the Collins Foundations for a total of 131 missions in B-17’s. My last mission in Texas Raiders was the mission to Barksdale AFB in 2020. 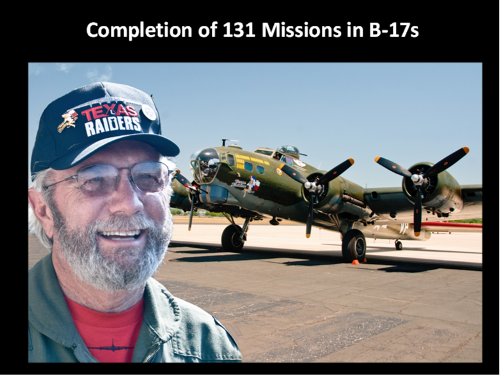 I have many memories of the times spent with Texas Raider on Missions. One of my most enjoyable times was when I was able to have my son, Brad Gibson accompany me for a weekend mission to Kelly AFB in San Antonio immediately after his 18th birthday. 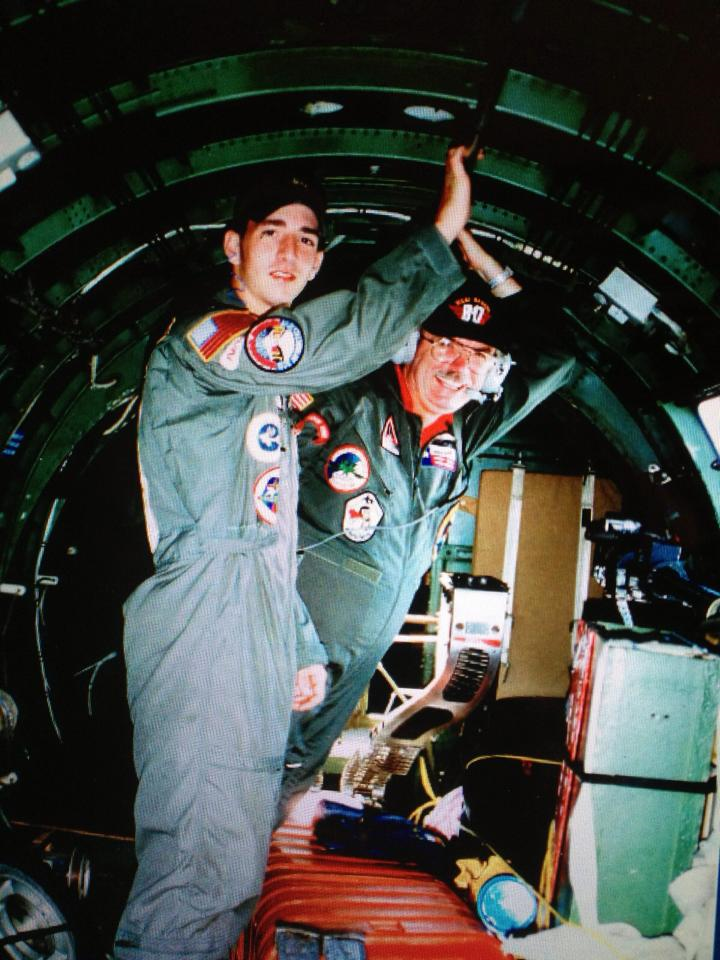 Now three generations of our family have flown in B-17s. His Grandfather Ned Shott was a World War 2 aircraft commander with 35 missions over Europe. He received a Distinguished Flying Cross for his actions with his airplane “Fickle Finger” and the 398 Bomb Group based at Nuthampstead, (near Royston), UK. 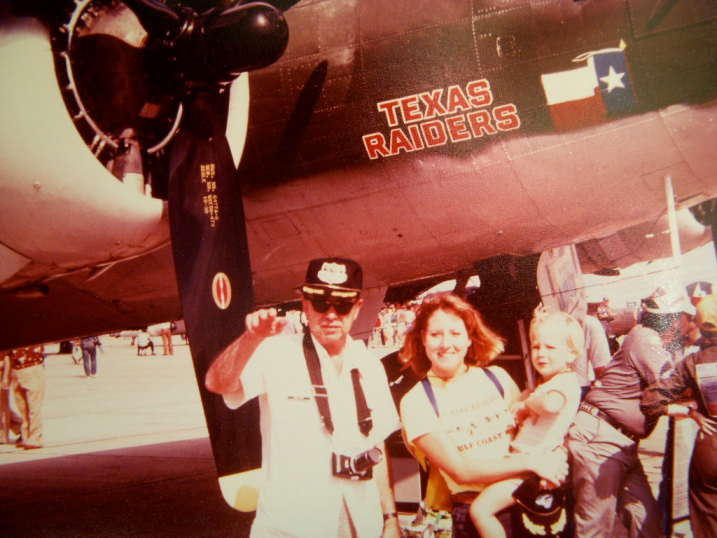 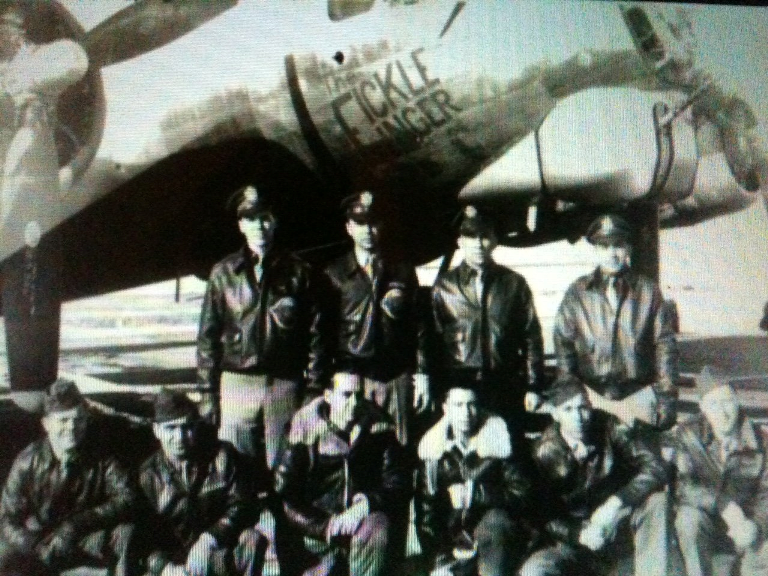 Brad’s mother Morgan had been able to pilot the bomber on a mission to Air Space America, San Diego, CA in 1986. She was a private pilot and during the mission to San Diego piloted Raiders across the state of New Mexico. Three generations of our family had flown B-17s out of Ellington Airport. Ned’s B-17 Group stopped at Ellington in 1943, Morgan and Brad flew from Ellington in Texas Raiders for missions. 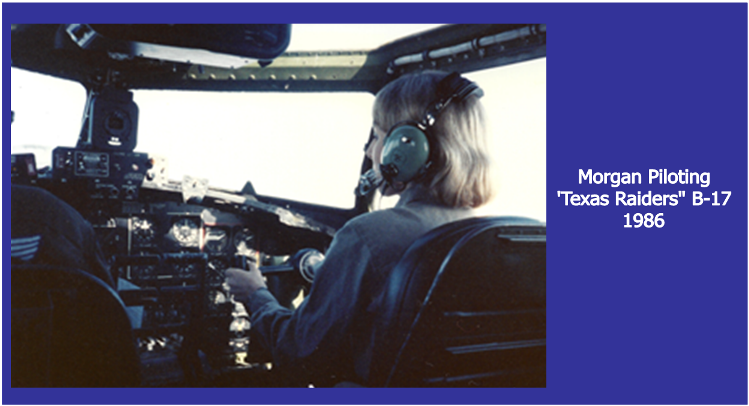 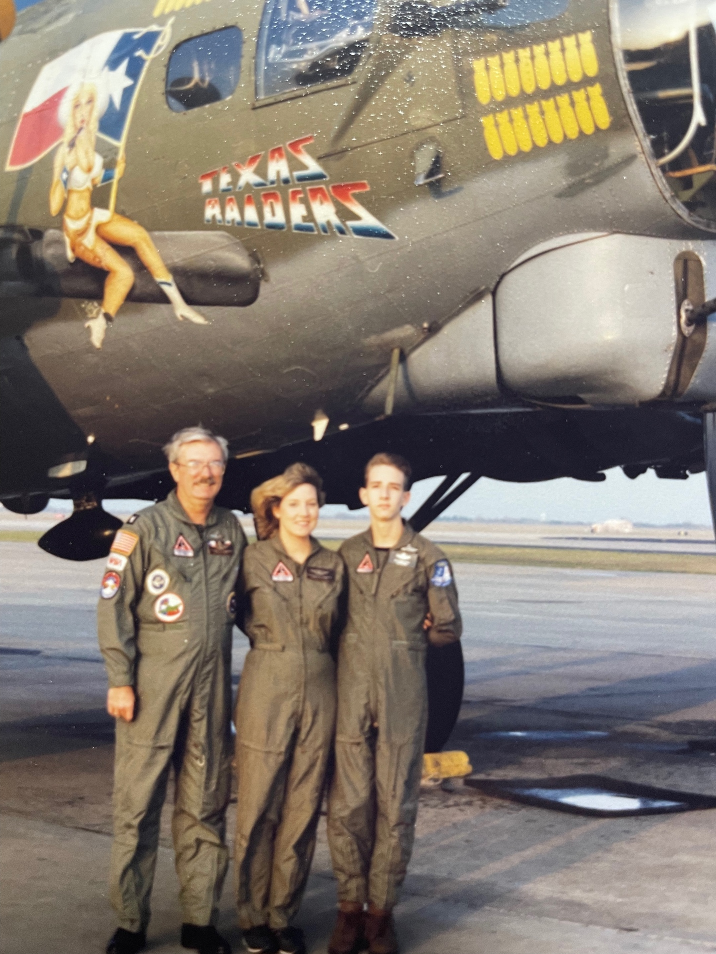 A Bomb-bay capable of displaying a “bomb load” was added along with the radio room during the 1983-86 re-build. The top turrets, ball turrets, waist guns mounted in sliding windows, a chin turret along with cheek guns were also added. After a three-year restoration and re-wiring of the aircraft, it took to the air again in June 1986. 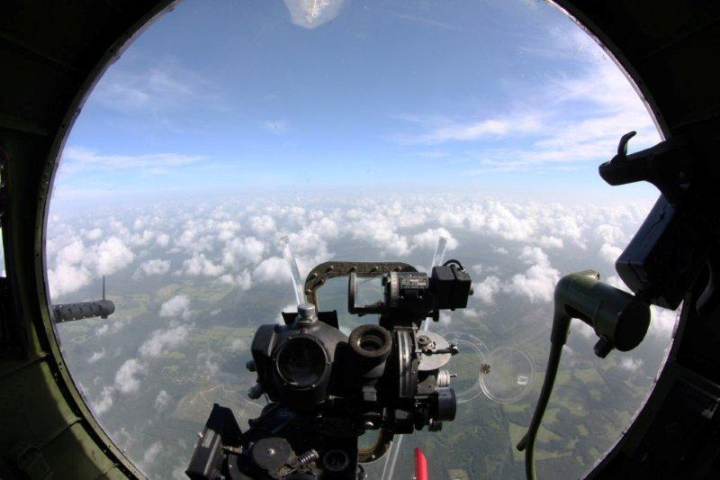 I was able to serve as a crew member on Texas Raiders numerous times. We took the bomber across the United States to both civilian and military airshows. We visited Oshkosh Airshow in Wisconsin, Dayton Airshow Ohio, Fun-n-Sun in Florida, Air Space America in San Diego and other locations. The aircrew offered “rides” to famous and other individuals. I will always remember flying in the nose of TR with the famous CBS new reporter Walter Cronkite along with his friend the author James Michener. 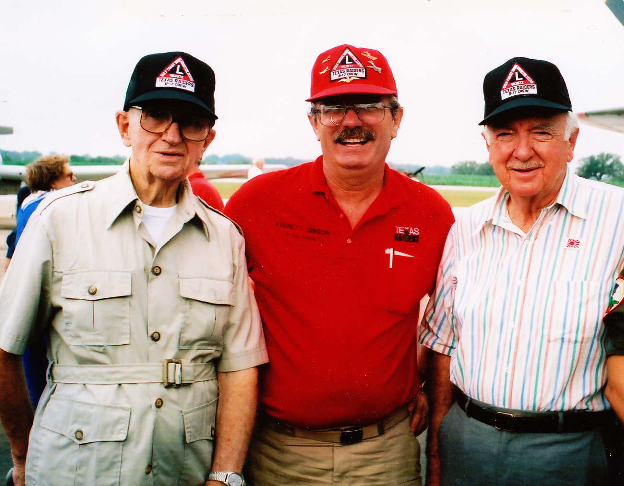 During World War 2, Cronkite had served as a “toggler” on a B-17 mission over Germany. He remembered how to flip the switches which allowed the 12 five hundred (500) pound bombs to be dropped from the bombay. During the mission over Fredericksburg, TX we were “attacked by a half dozen Tora aircraft. Shortly afterwards, the pilot in command Walt Thompson declared an emergency. The emergency was real. TR had just lost one of its engines and the pilot had “feathered” the props on the engine. We landed without incident and TR remained in Fredericksburg for a month while we found a rebuilt engine and replaced the “blown- engine”. Another visitor to the bomber was Tom Clancey, the author of modern military novels on the cold-war. Of all the visitors I remember, Clancey asked the most penetrating questions I ever received by a visitor to TR. I expected to see a B-17 appear in one of his novels but have yet to find a WW2 bomber in his writings.

We were able to honor our veterans numerous times with the aircraft. I will never forget the four WW2 veterans who asked to receive their WW2-Prisoner-of-war medals in front of Texas Raiders at Ellington Airport. At the conclusion of the medal ceremony, the TR crew asked the four men if they would like to take a flight in our B-17 Flying Fortress. Three of the men jumped at the opportunity to fly again but one of veterans declined our offer and wanted to stay on the ground. After our hour flight around the Galveston Bay-Clear Lake Area, we landed back at Ellington Airport. When the door of the aircraft was opened, the families rushed to greet their ”heroes”. The former POW medal recipient who had been shot down on his 24th mission collapsed into his wife’s arms and cried. He regained his composure and said, “Honey, after this flight in Texas Raiders I have now completed my 25th mission and can go home now.” His comments caused everyone around the airplane to shed tears. Flying TR and honoring our veterans is what it is all about. 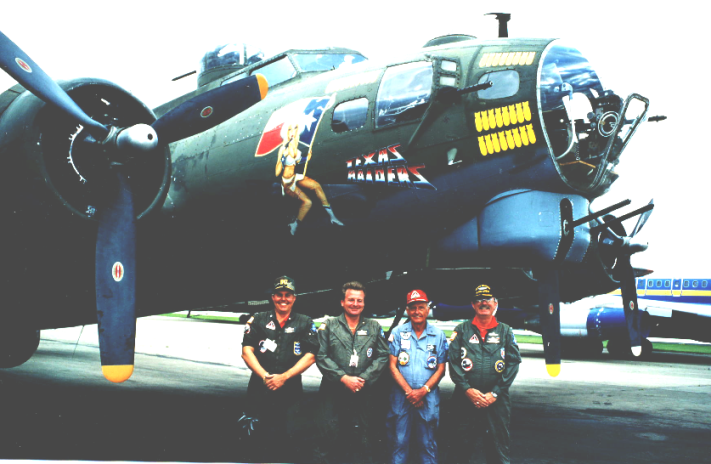 We are heartbroken to announce that these members of the Commemorative Air Force went west on Saturday, November 12, 2022, at the Wings Over Dallas WWII Airshow while performing. 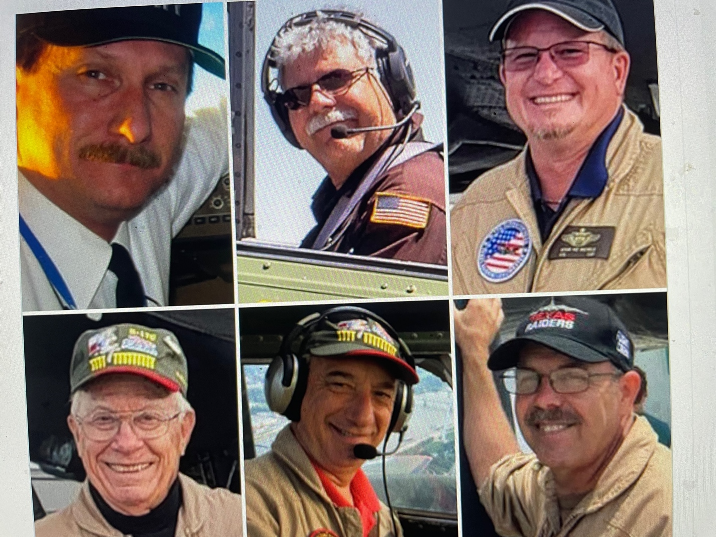 Please join us in mourning the loss of our good friends and fellow airmen.

The Commemorative Air Force is working with local authorities and the FAA, and the NTSB will conduct a thorough investigation into the cause of the accident. Any available information will be posted here. Our thoughts and prayers are with those involved in the accident and their families.